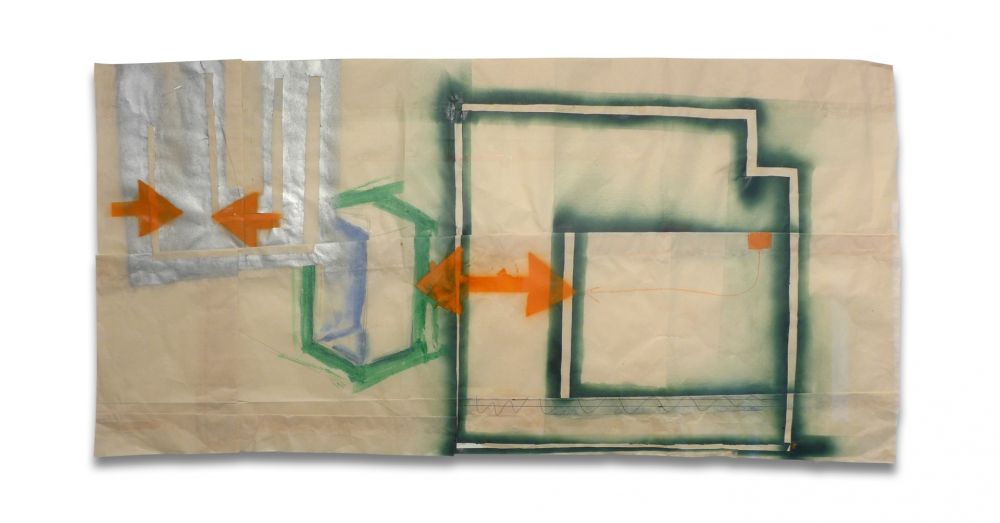 This drawing highlights the configurations of a large porch that Soriano used as a studio in Maine during Summer 2010.