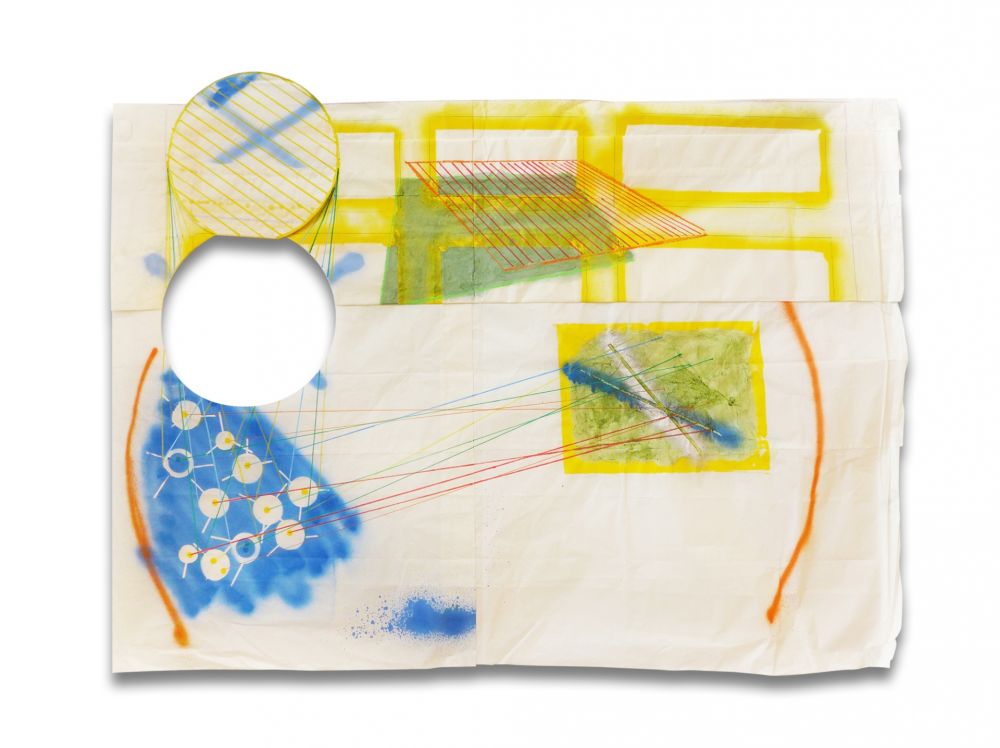 Peter Soriano is an abstract artist who divides his time between New York City and Penobscot, Maine. Although he began his career as a sculptor, his work is now two-dimensional.

He is known for his bold spray-painted wall murals and for his more intimate works on paper.

Soriano’s work is gestural and geometric, dominated by a graphic lexicon of marks and notations.

This artwork relates to his wall drawing made for the Colby Museum of Art entitled Permanent Maintenance.

Drawings made alongside a project frequently become a surface for drawing out ideas similar to a sketch book.