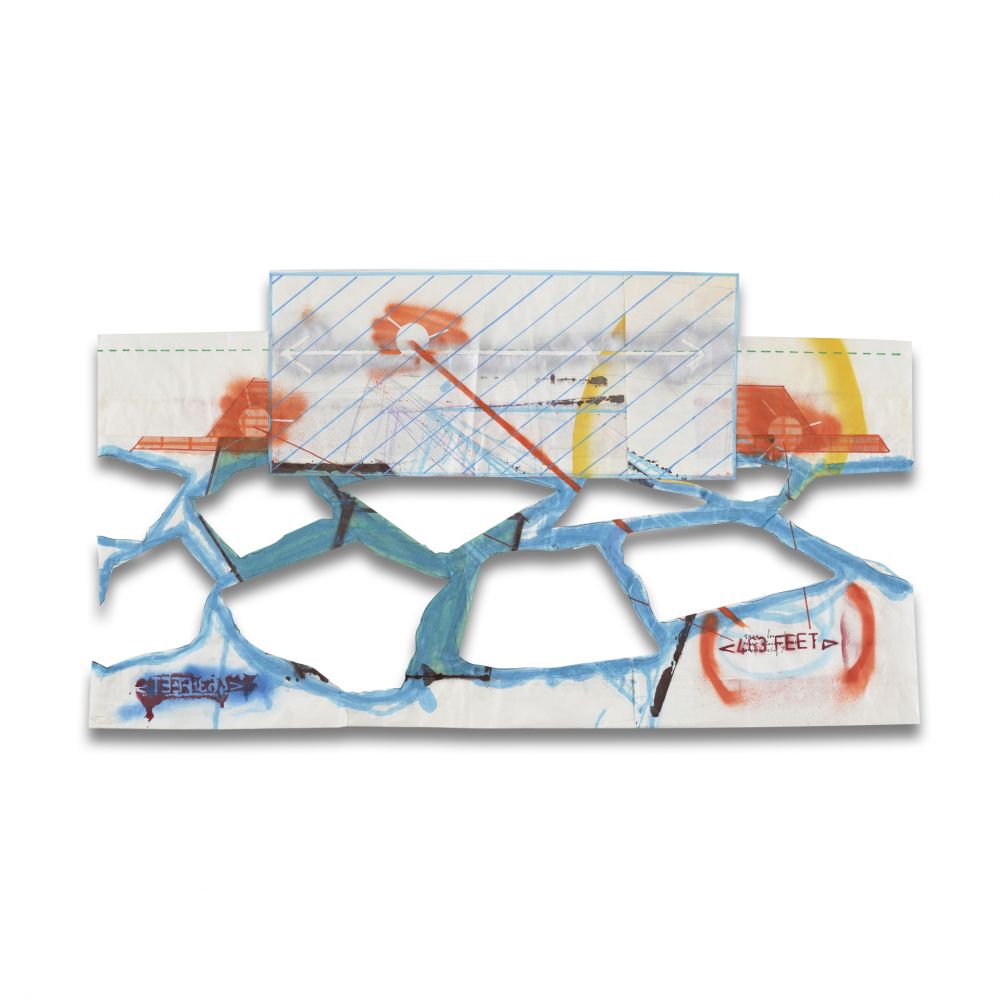 This artwork is a drawing related to a wall drawing made late 2015 for the Colby Museum of Art entitled Permanent Maintenance. This drawing is based on the placement of stones and a platform at the edge of a pond.