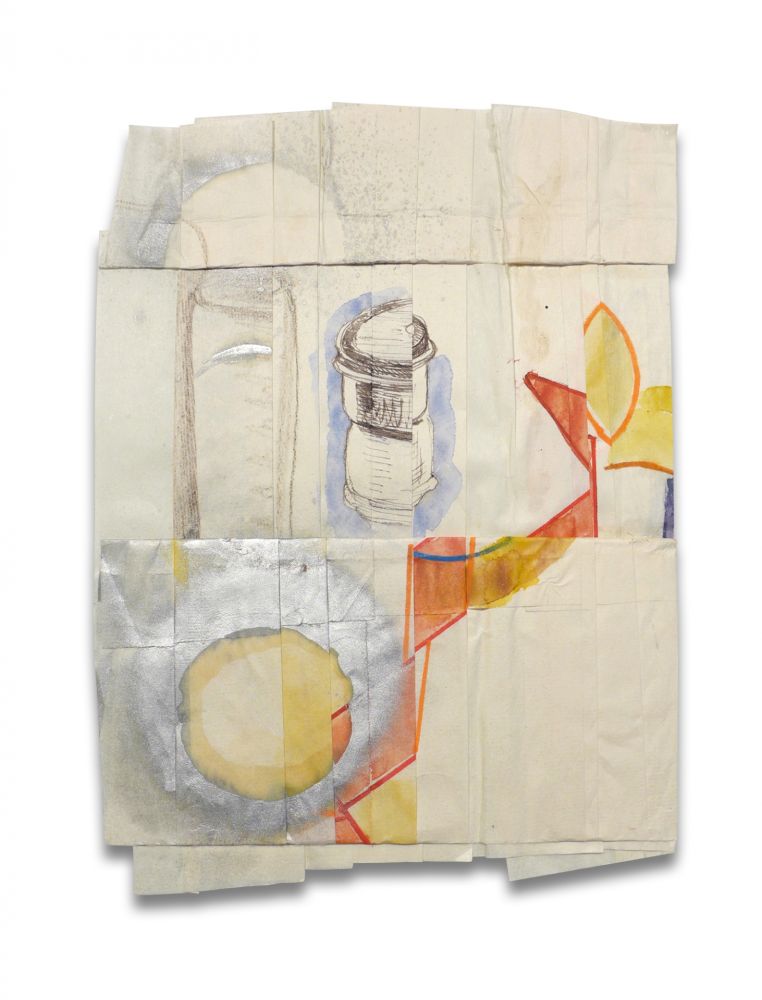 The title refers to the floor of Soriano's Warren street studio. The artist used objects placed on a table as a starting point for this work.