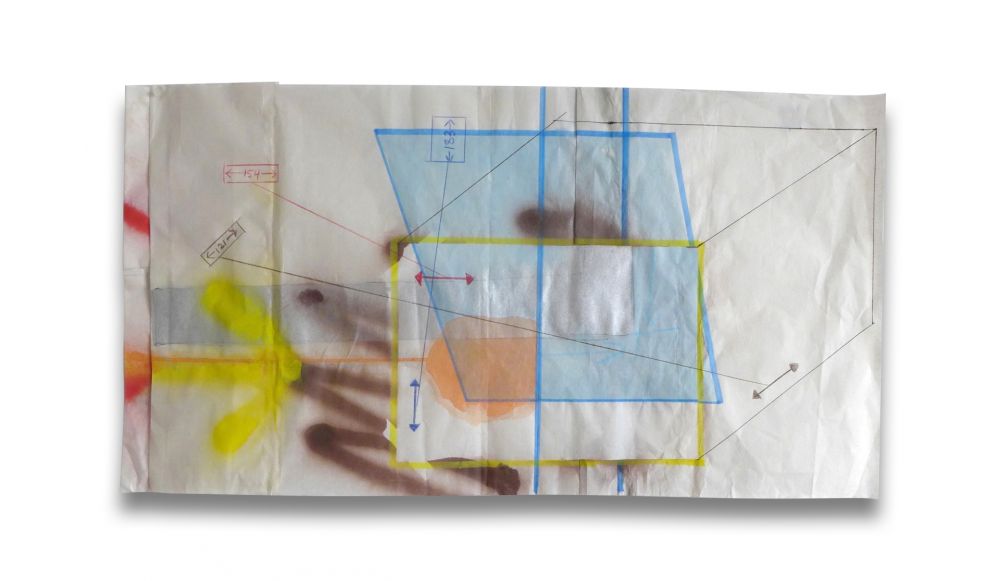 Paris - Ober (Blue Tarp) relates to the configuration, floor plan, and other measurements of an apartment in Paris, a blue tarp attached to a neighboring roof is also included.