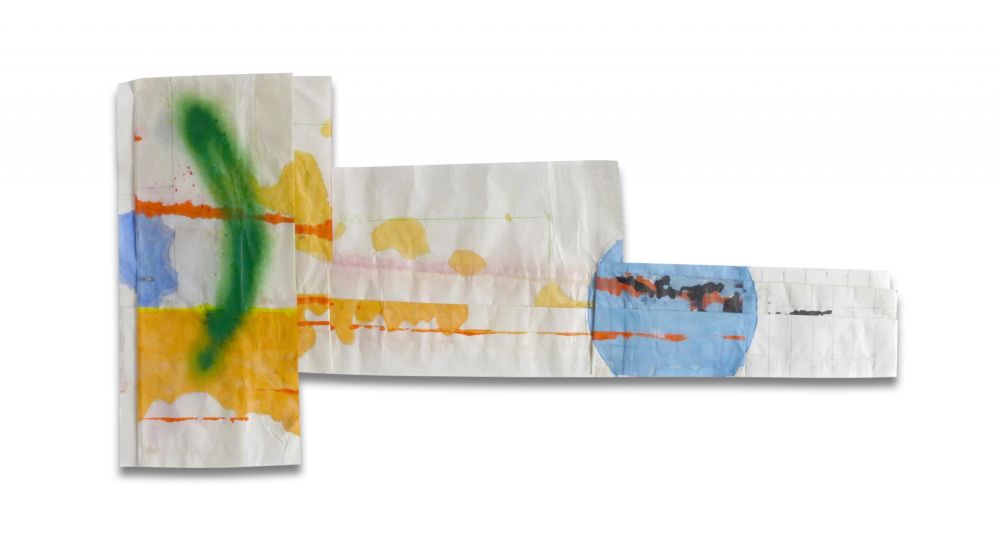 Paris - Ober (Blue Circle) relates to the configuration, floor plan, and other measurements of an apartment in Paris.

Peter Soriano is a Philippines-born French-American abstract artist who divides his time between New York City and Penobscot, Maine.
Although he began his career as a sculptor, his work is now two-dimensional. He is known for his bold spray-painted wall murals and for his more intimate works on paper.
Soriano’s work is gestural and geometric, dominated by a graphic lexicon of marks and notations.

Soriano's work is owned by museums in the United States and in Europe, including The Fondation Cartier pour l'Art Contemporain, Paris, France; the Morgan Library & Museum in New York City; The Colby College Museum of Art in Waterville Maine; Harvard Art Museum in Cambridge, Massachusetts. His work is also included in the corporate collection of Neuberger & Berman in New York.