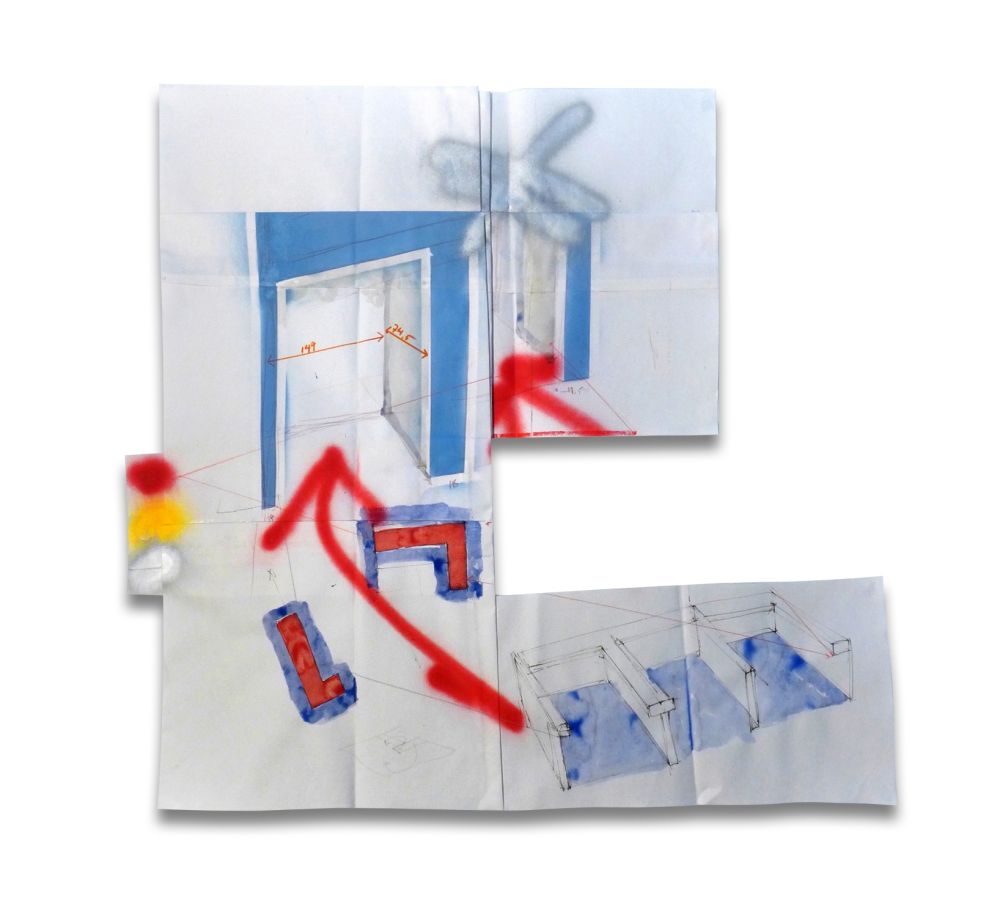 L.I.C refers to Long Island City where Soriano currently has his studio. This drawing focuses of objects and elements within it, in particular the remnants of old closets that have since been removed.

Peter Soriano is a Philippines-born French-American abstract artist who divides his time between New York City and Penobscot, Maine. Although he began his career as a sculptor, his work is now two-dimensional.
He is known for his bold spray-painted wall murals and for his more intimate works on paper.
Soriano’s work is gestural and geometric, dominated by a graphic lexicon of marks and notations.

Soriano's work is owned by museums in the United States and in Europe, including The Fondation Cartier pour l'Art Contemporain, Paris, France; the Morgan Library & Museum in New York City; The Colby College Museum of Art in Waterville Maine; Harvard Art Museum in Cambridge, Massachusetts. His work is also included in the corporate collection of Neuberger & Berman in New York.