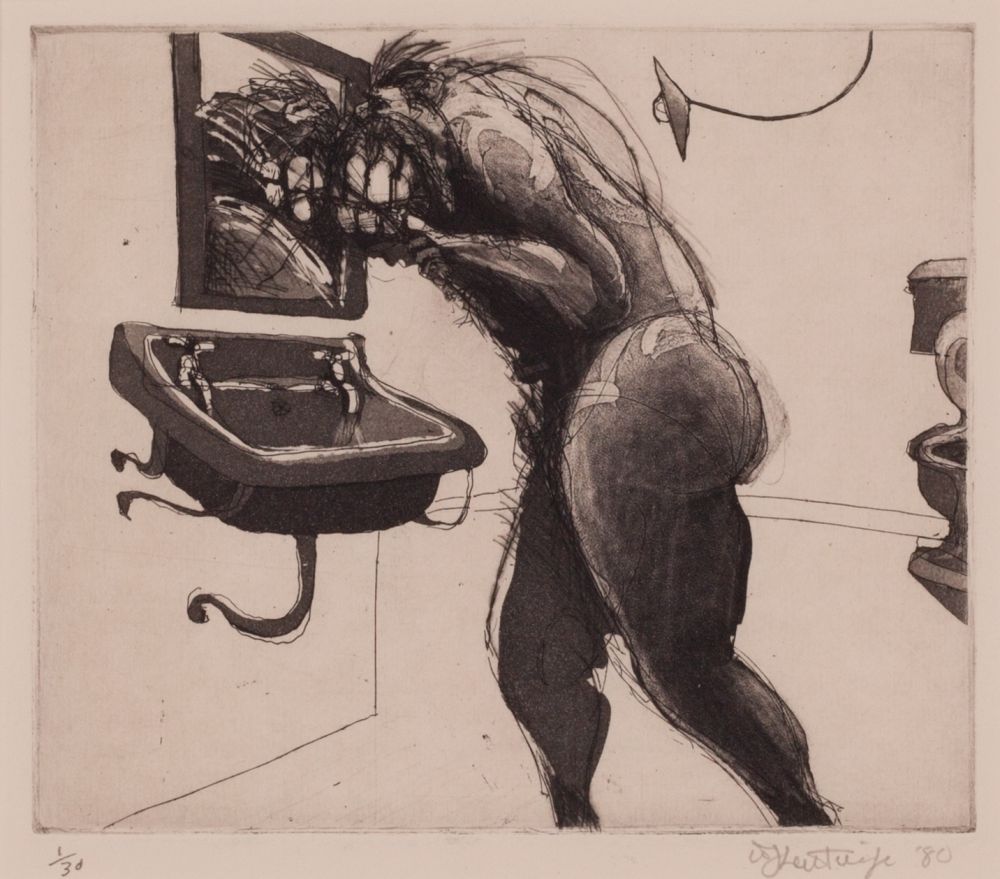 THE SINGLE MOST IMPORTANT PROOF FROM THE "DOMESTIC SCENES".

In 1980 William Kentridge executed the "Domestic Scenes", a series of 50 untitled small mixed etchings. These, along with the "Pit" monotypes, represent the earliest crystallization of his artistic persona and the first step in his career as a professional artist.

At first, they were a commercial failure: the only person who subscribed for a full set was Felicia Kentridge, the artist's mother. The artist printed this set, the very first set (with each print numbered 1/30) on soft, cream wove paper. He went on to print 10 to 20 impressions of each plate, depending on demand, on stiffer Arches buff wove paper.

Felicia Kentridge did not hold on to her set, but rather distributed the individual prints to friends and family, hoping to promote her son's career.

THIS PRINT, PRNTED ON SOFT CREAM WOVE PAPER AND NUMBERED 1/30, IS FROM FELICIA KENTRIDGE'S SET.

IT IS, FURTHERMORE, THE ARTIST'S FAVORITE PRINT FROM THE SERIES: A REPRODUCTION OF IT APPEARS ON THE INVITATION TO THE EXHIBITIONS OF THE "DOMESTIC SCENES" HELD IN CAPETOWN AND JOHANNESBURG IN EARLY 1981.

Signed by the artist.

This print comes from the collection of one of the earliest collectors of Kentridge's work, who recognized the artist's importance long before he became famous. 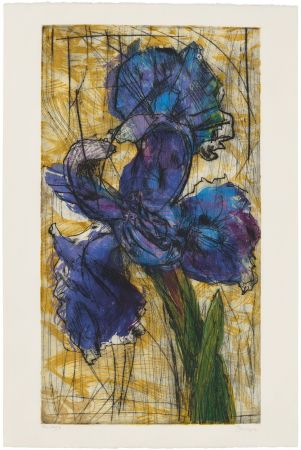 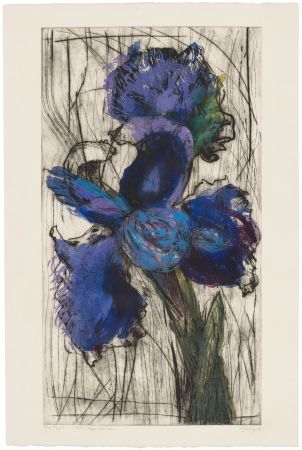 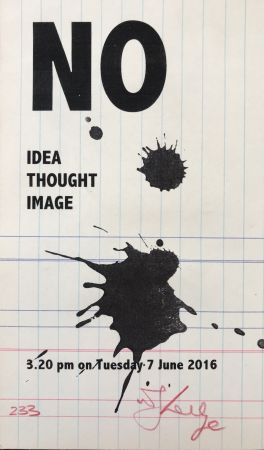 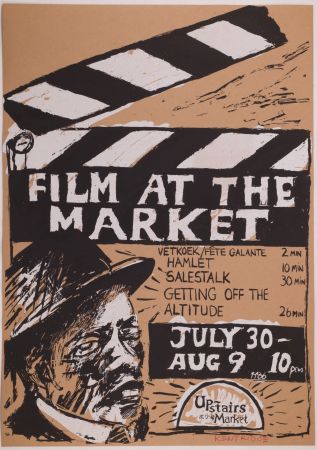 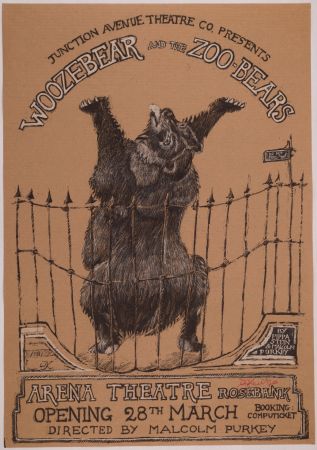 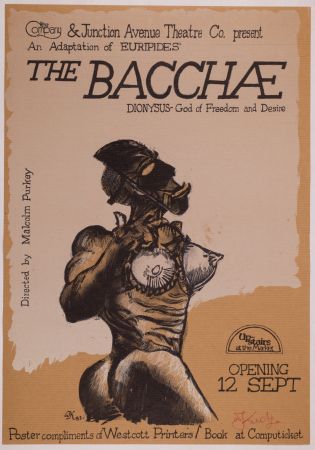 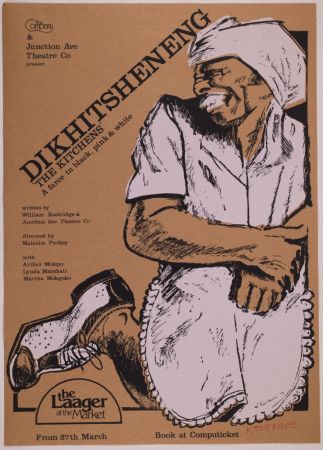 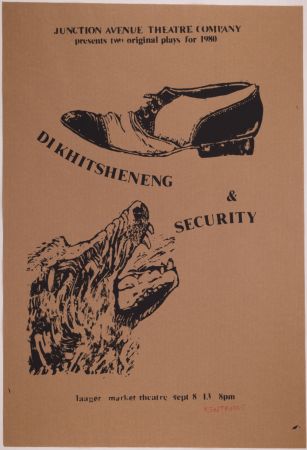 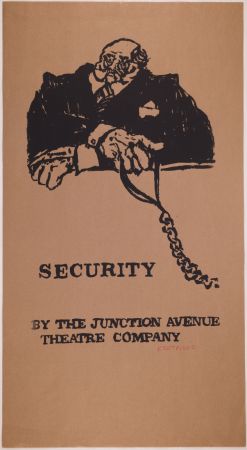