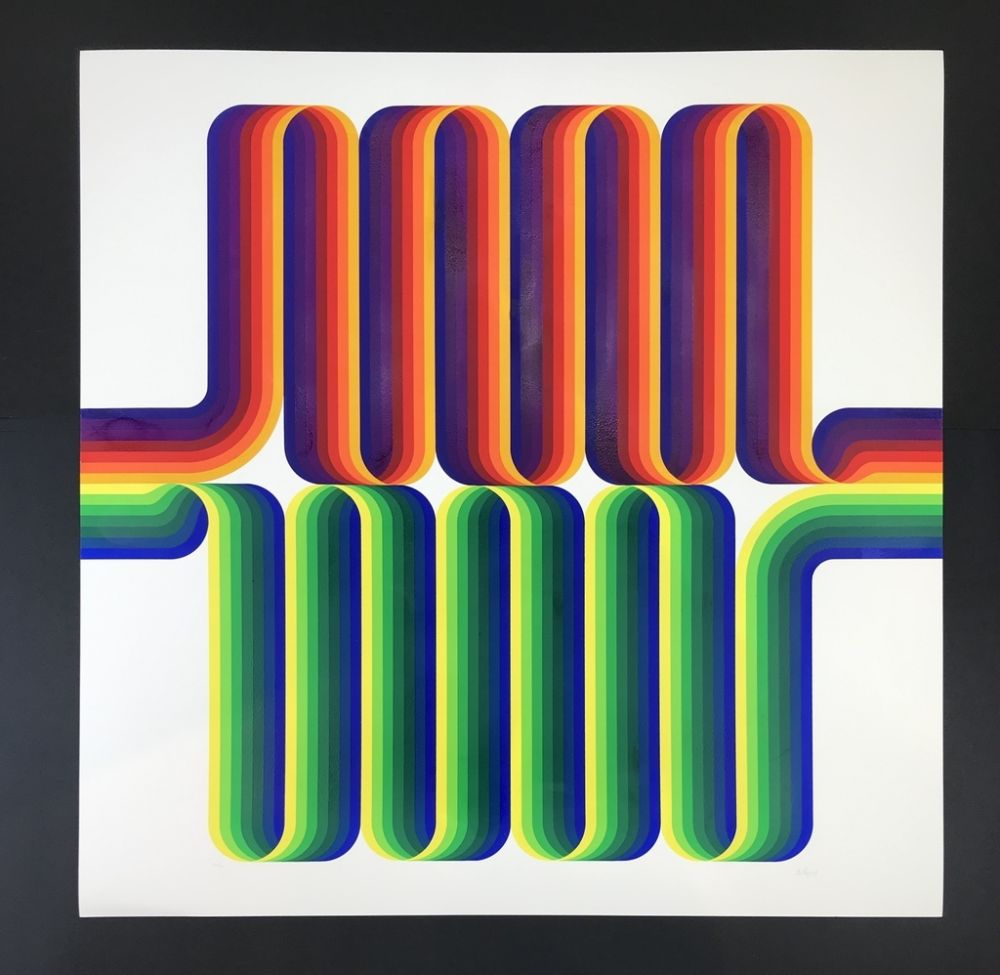 In the 1960s, Julio Le Parc was quite the provocateur of the French art scene. His reputation see-sawed between being completely feted (awarded honor in 1967 at the Venice Biennale) and completely unwanted (exiled from Paris after his support for Renault auto workers in 1968). In 1972, when he was offered a retrospective at the Museum of Modern Art of Paris, he told the director his decision would be based on the toss of a coin. La Longue Marche, created in 1974, two years after that failed retrospective, stands out for its monumentality. It works through the system of 14 colors of the chromatic prism in a suite of 10 square paintings. The prismatic meshes unfold in fluid, sinuous sequences exploring the visual effects of superposition, braiding, and overlap. The organization of the pictorial field is quite free of hierarchy: There is no dominant element, no middle from which forms radiate. From the gouaches of 1959 to his most recent works, the development of this pioneer of Op Art has been driven by a cyclical conception of art that defies any kind of chronological approach. The fluid, continuous linkage of forms suggests the idea of dynamic progression.

This serigraphy is part of a folder of 6 serigraphs, as well as for unique works, these can be hung close together so that the work has a continuation 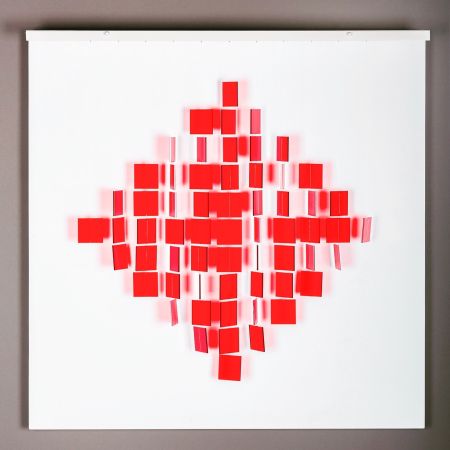 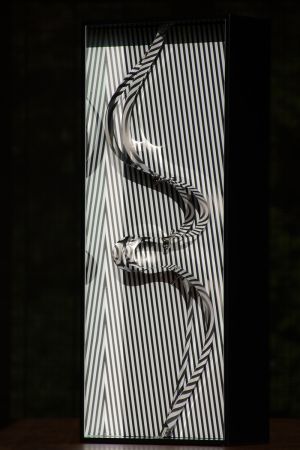 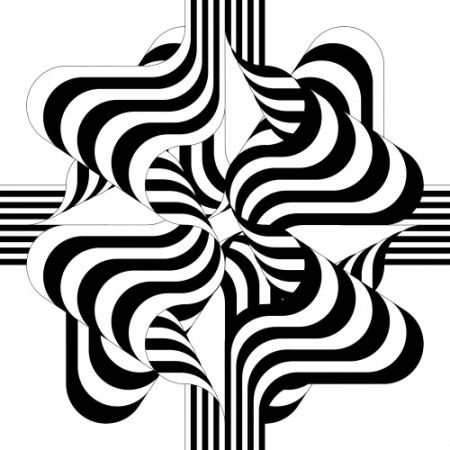 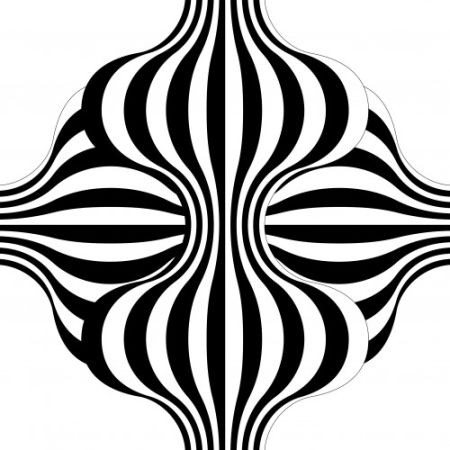 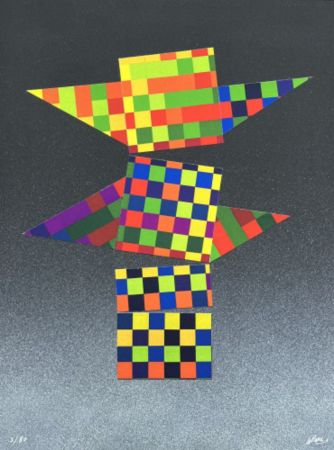 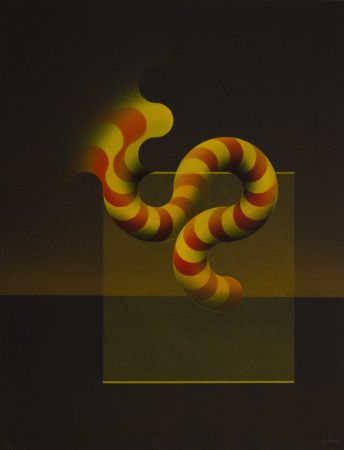 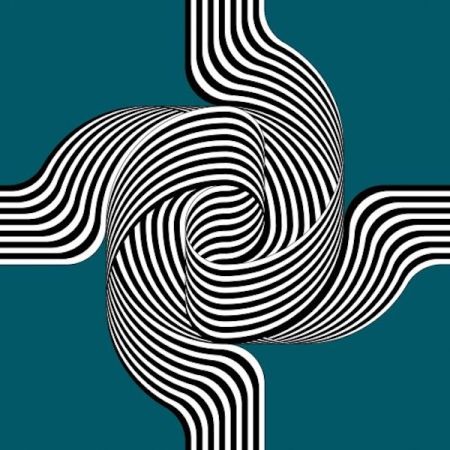 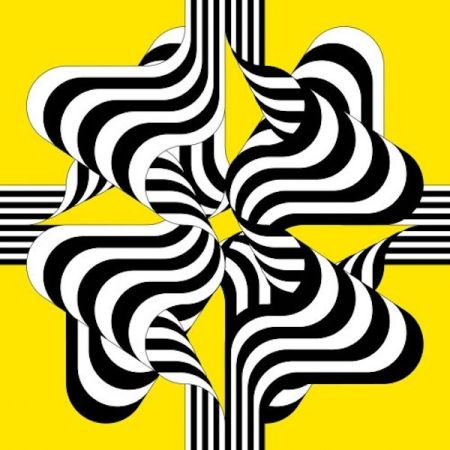 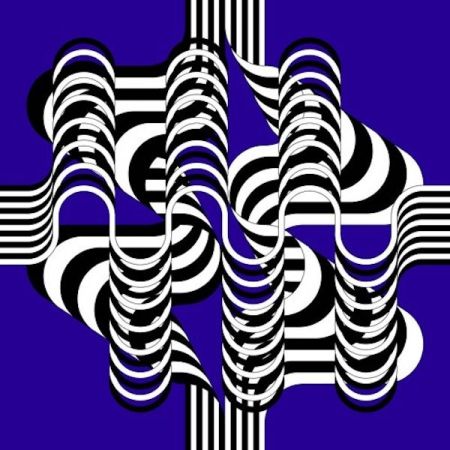 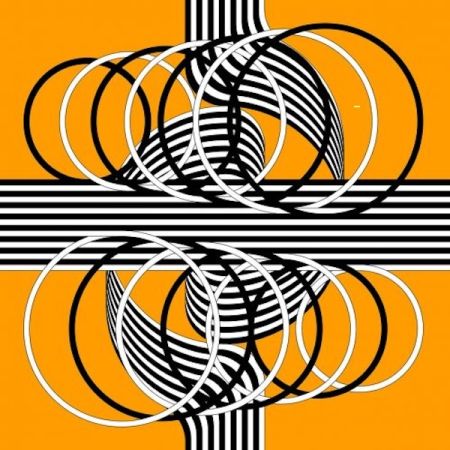