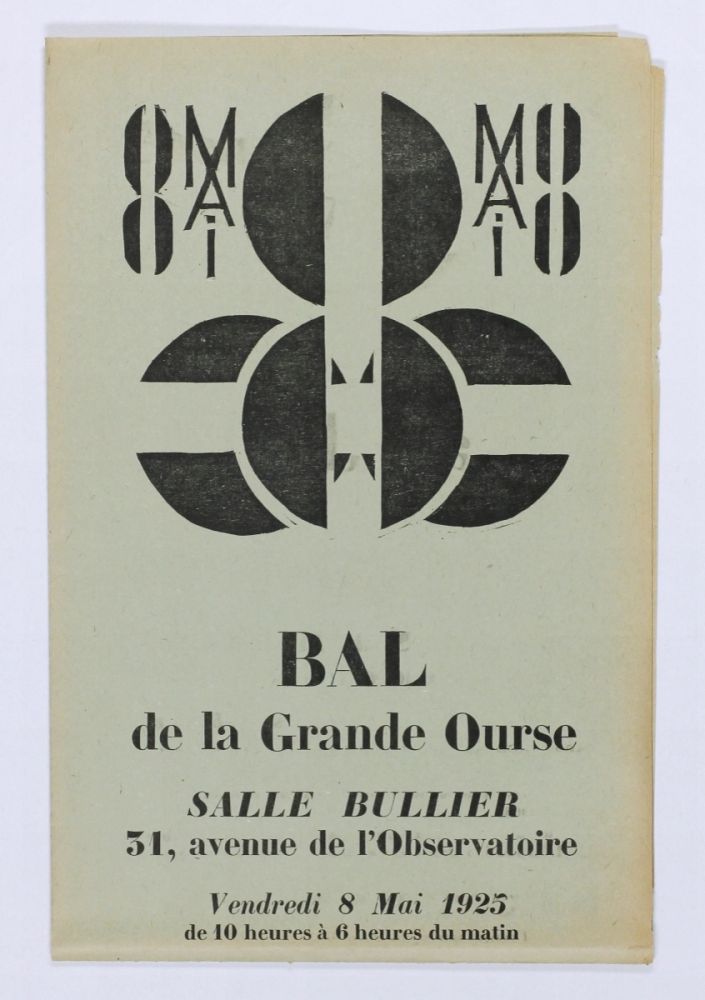 Mikhail Feodorovich Larionov (Fernand Léger?)/Henri Laurens: Bal de la Grande Ourse, 1925 . Woodcut (c. 12,2 x 12,5 cm) and letterpress on bluish paper (folded twice). Invitation and at the same time poster for the artists' ball of the "Union des Artistes Russes" in Paris on 8 May 1925. 49.5 x 32.5 cm (unfolded). With a line etching after Henri Laurens as a header in the unfolded state.

The typographic-constructivist design with a horizontally mirrored and a central and a 90 degree rotated 8 as title is attributed to Mikhail Larionov, who had already designed the tickets for the first ball of Russian artists in Paris "Bal Transmental". However, Fernand Léger, whose stencil technique of "La fin du monde" from 1919 is strongly reminiscent of the design, could just as well be the designer. According to a list of persons also visible on the poster, Léger was a participant, if not a co-creator, of the ball. Incidentally, the list of artists who attended the event represents a Who's Who of the Paris art scene of the 1920s. The theme of the ball: "L'Architecture Constructiviste". 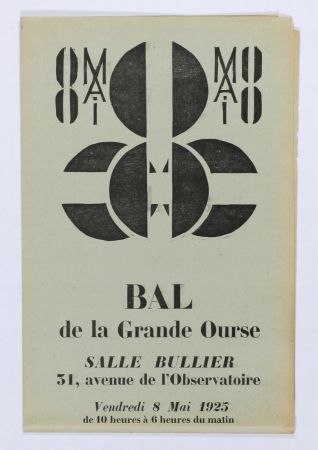 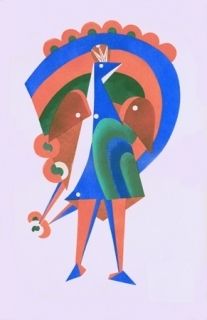 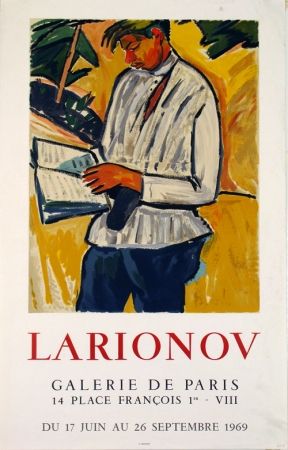 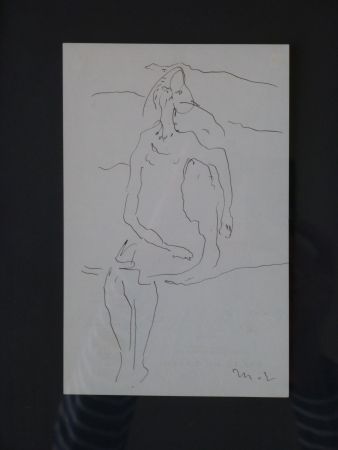 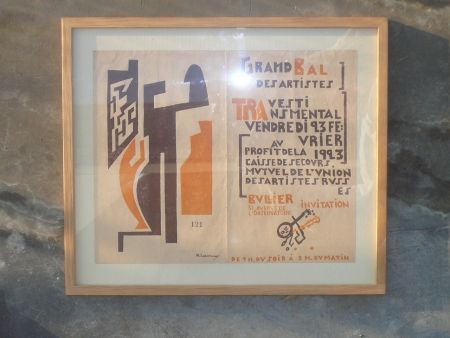