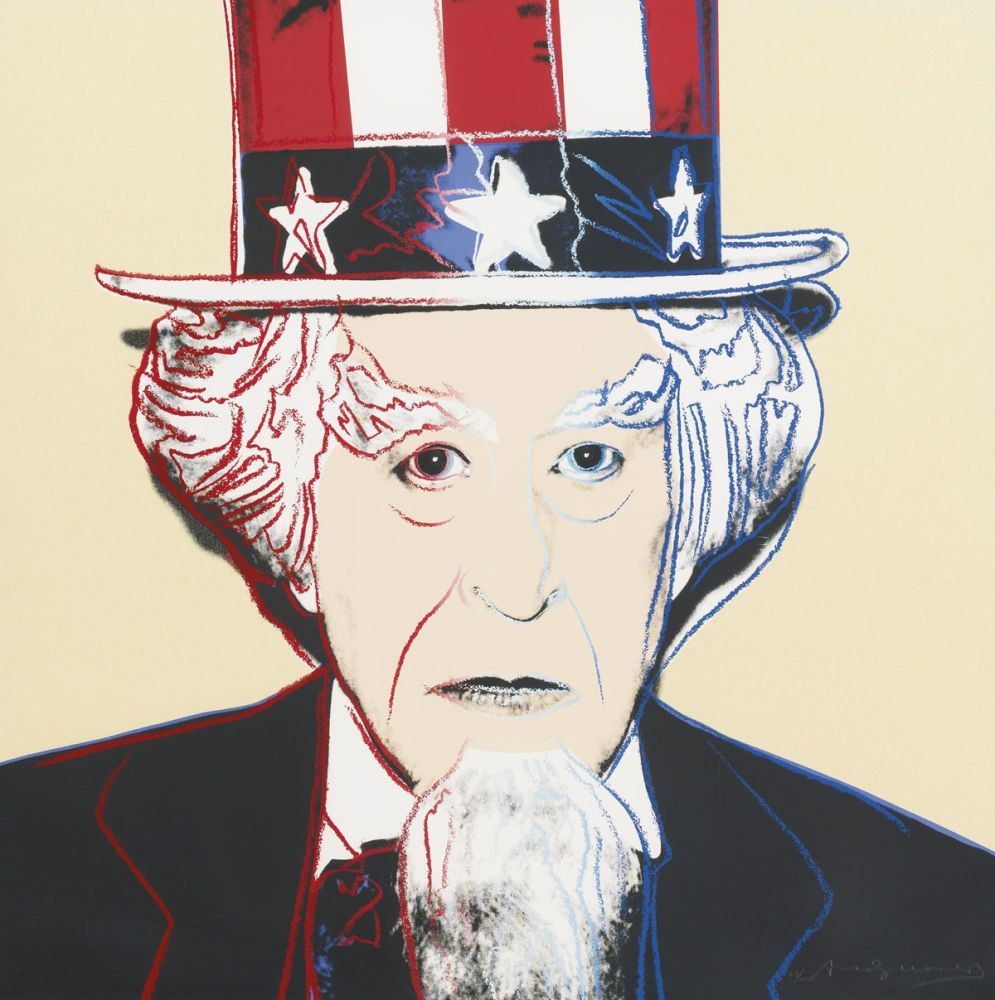 Uncle Sam 259 is a part of 10 screenprints in the Myths series that exemplify Warhol’s unerring sense for the powerful motifs of his time. Most of the images in Warhol’s Myths series are taken from 1950s television or old Hollywood films. They portray the universal view of America’s once captivating and commanding past. Other pieces included in the series are characters loved by children such as Mickey Mouse, Howdy Doody, and Santa Claus, as well as fictional figures like Dracula, The Wicked Witch of the West, and Uncle Sam. While each of these characters has a strong, sometimes unpleasant persona, they are distinctly separated from reality. It has been said that Warhol considered each of these characters to be facets of his personality. Each of the ten works in Warhol’s Myths portfolio represents a different archetype of American popular culture, including Dracula, Santa Claus, Superman, and Uncle Sam.

For his Myths series, Warhol selected the fantasy characters and imaginary heroes of a typical American childhood. He included Uncle Sam in the portfolio because of the image’s symbolic relevance to the shaping of American culture.