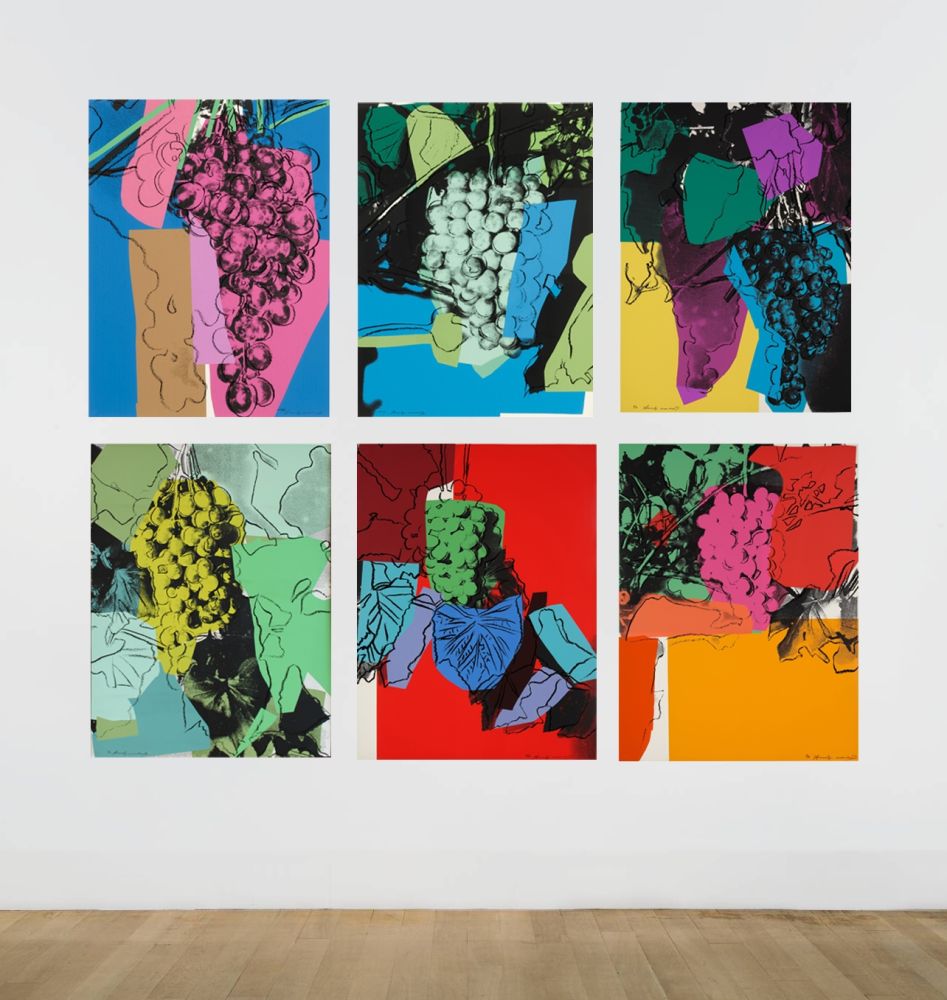 Andy Warhol’s Grapes complete portfolio is part of the several still life portraits that he began to produce in the 1970s, including a special edition Grapes series with diamond dust. Along with the increase of still life works in his oeuvre, Warhol also began to incorporate more hand drawn lines into his compositions. This new technique, along with his signature color prints, made for beautiful pieces that contributed to his Grapes series.

Whereas past artists were interested in depicting a scene of banal subjects like fruit in the most realistic light possible, Warhol eschewed convention by taking a classical theme and adding a modern perspective. In the Grapes complete portfolio, Warhol uses color blocking techniques in order to create a fragmentation of each piece, resulting in a defamiliarization and a more abstract approach to the traditional subject matter.

The movement in the composition of each work also brings a new style to the still life genre. While fruits are typically represented in a more static manner, such as in a bowl or on a table, Warhol’s prints of grapes are unique in their arrangement, as they are shown hanging on vines. Warhol truly puts the “life” in still life in this series, and though it is one of the lesser known portfolios that Warhol created, it remains quite valuable. One particular edition of the Grapes portfolio was sold by Christie’s In 2011 for $104,500. 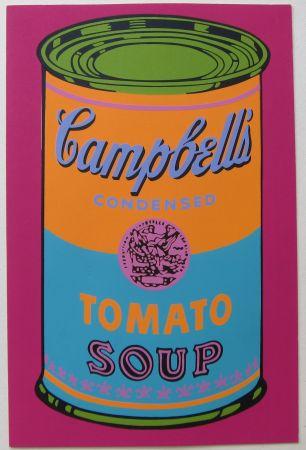