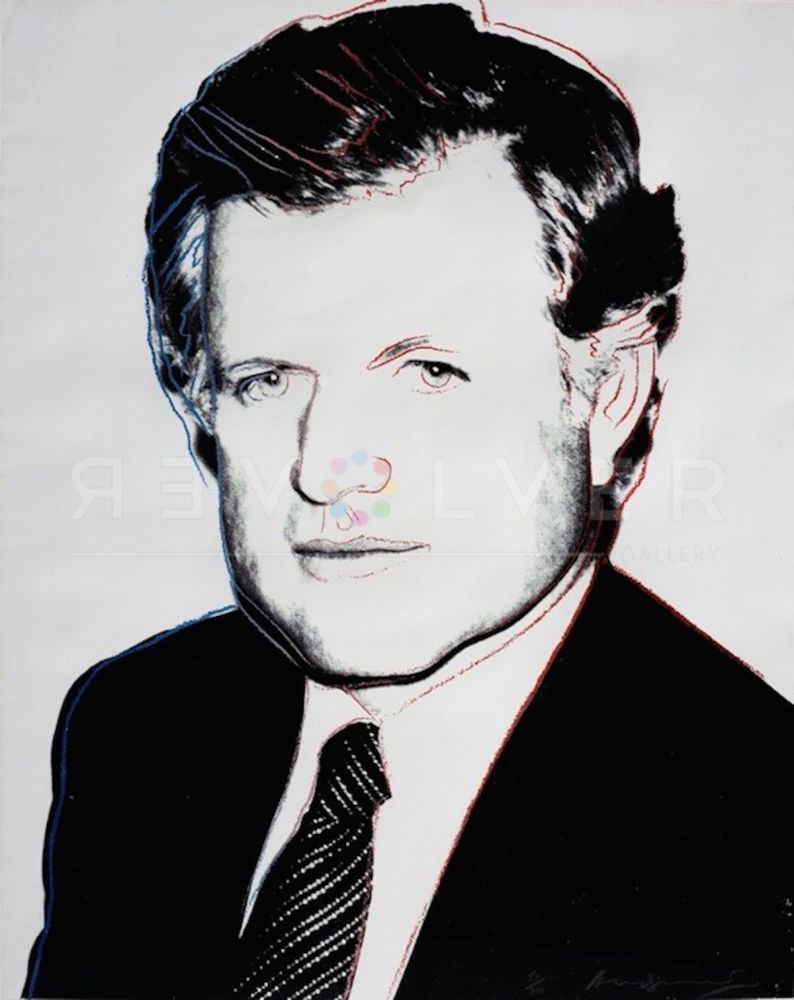 This portrait of Edward “Ted” Kennedy comes from a polaroid that Warhol snapped of the politician in 1980. Warhol created this deluxe edition, incorporating diamond dust into the image, with the specific aim of raising funds for Kennedy’s presidential campaign. It was originally intended for important donors and is especially rare.

We have two versions of this work available: The first was a gift from Warhol to the late senator, and it sat in his office until his death. It comes with a signed letter of provenance from Victoria Kennedy, which indicates the above. The price on that work is $60,000. We also have a version of the work that is the same image and from the same edition, but was not in the collection of the late senator. The price on that work is $15,000.