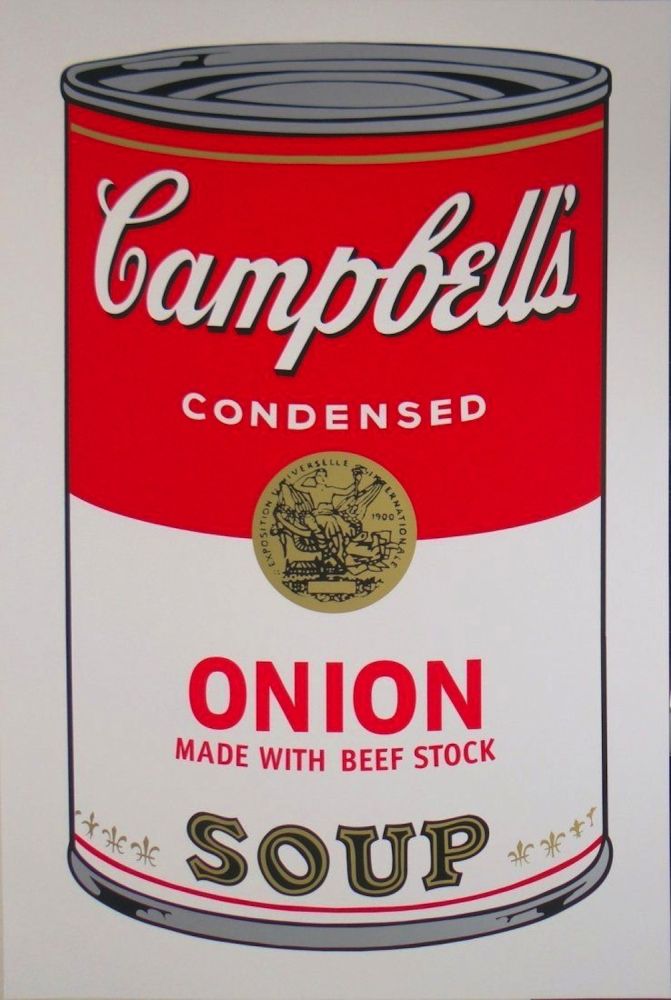 CAMPBELL’S SOUP I: ONION 47 AS PART OF ANDY WARHOL’S LARGER BODY OF WORK
One of Warhol’s most iconic portfolios, Campbell’s Soup I, is recognizable by even beginner Warhol enthusiasts. It was with these soup cans that Warhol started to become a household name. His screenprints of Campbell’s Soup cans first made their appearance six years earlier when he produced thirty-two canvases, each representing a different type of soup, which were displayed in the Ferus Gallery in Los Angeles. When Warhol first showed the soup cans in California they created quite a stir. Even though Warhol is mostly connected to New York, he had an impact and connection with the art and artists in California in the early 60s. The semi-mechanized process he used to create his works is something that is characterized with Warhol. He continued to play with the imagery of the soup can by contorting and altering them, but it is the classic, simple version that continue to be the most popular and bring in new collectors. Warhol’s Campbell’s Soup series helped to usher in the Pop Art movement that endures today, renewed and rediscovered by artists such as Damien Hirst and Jeff Koons.