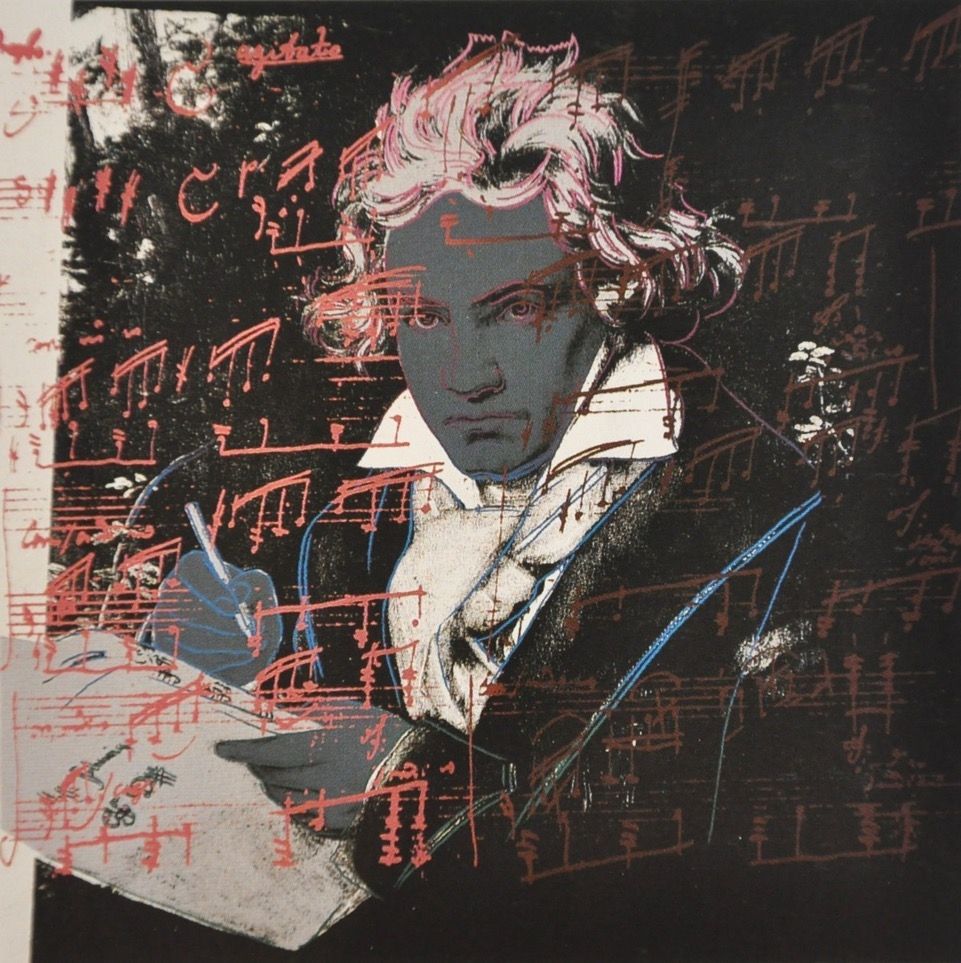 Ludwig van Beethoven has been regarded as one of the most famous composers of all time, so there is no surprise why Warhol decided to create a portfolio of Beethoven portraits. In one of the most iconic poses of the famous composer, Andy captures the sheer brilliance of the composer with the emphasis on the notes of his sheet music, while also keeping the features of the portrait prominent.

Warhol created this series in 1987, shortly before his death. What is so unique about this series is how it contradicts the common-held perception that Warhol’s subject matter was limited to movie stars and grocery store items. This portfolio of four screenprints, which features an image of Beethoven in different color variations, remains one of the most sought after prints of Warhol’s collection.