Maurice UTRILLO - The wedding of Maurice Utrillo and Lucie Valore 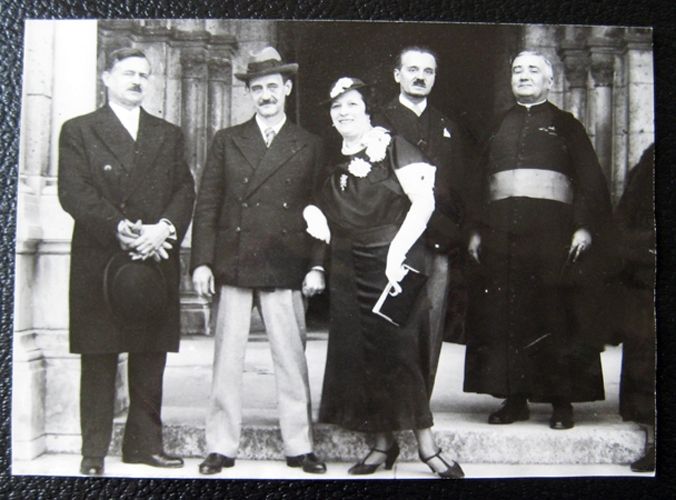 Maurice UTRILLO - The wedding of Maurice Utrillo and Lucie Valore

Title:The wedding of Maurice Utrillo and Lucie Valore (
Medium : Silver Gelatin print , with Press stamps verso of tbhe Petit Parisian dated 4th Mai 1935.
Size: Paper size : 127 x 179 mms
Note: This wedding scene is a charming image. The artist, aged 51, is shown with his new bride Lucie Valore Pauwells, widow of a well known Belgian collector, flanked by the sculptor, Pajot and Mosngnor Palmer, the priest who officiated at the wedding. The artist had known Lucie since 1920 and his mother, no doubt, had encouraged him to marry her. The mother died 3 years later but believed that a wife might prevent her son’s relapse into alcoholisim, debt and drugs which had been the plague of his life so far. She proved to be a devoted bride and was with him when he died at the Hotel Splendid Daix in 1955. They lived together at Le Vesinet, just outside Paris. Lucie was a painter herself under the pseudonym of Lucie Valore, making portraits, landscapes and still lives.
Condition: In very good condition 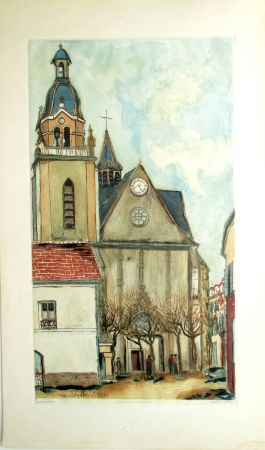 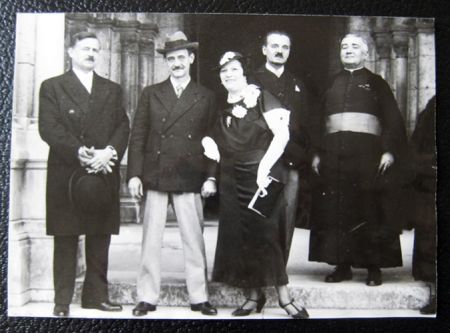 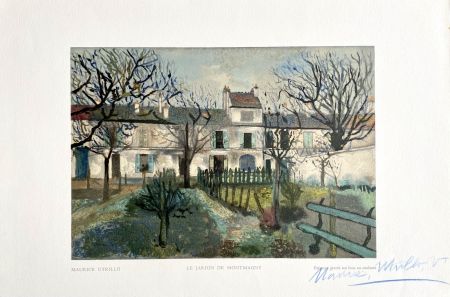 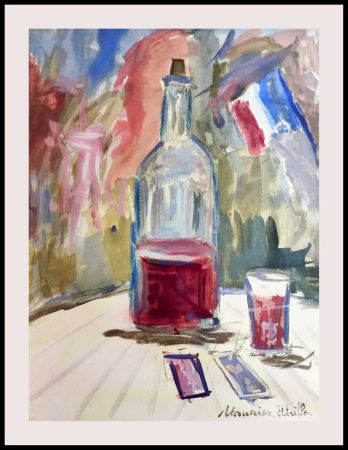 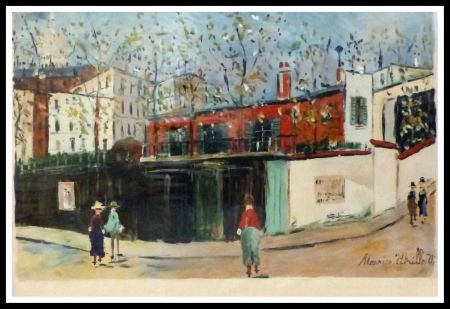 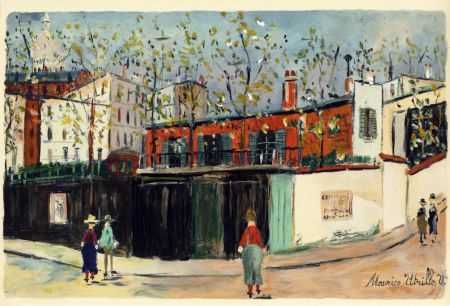