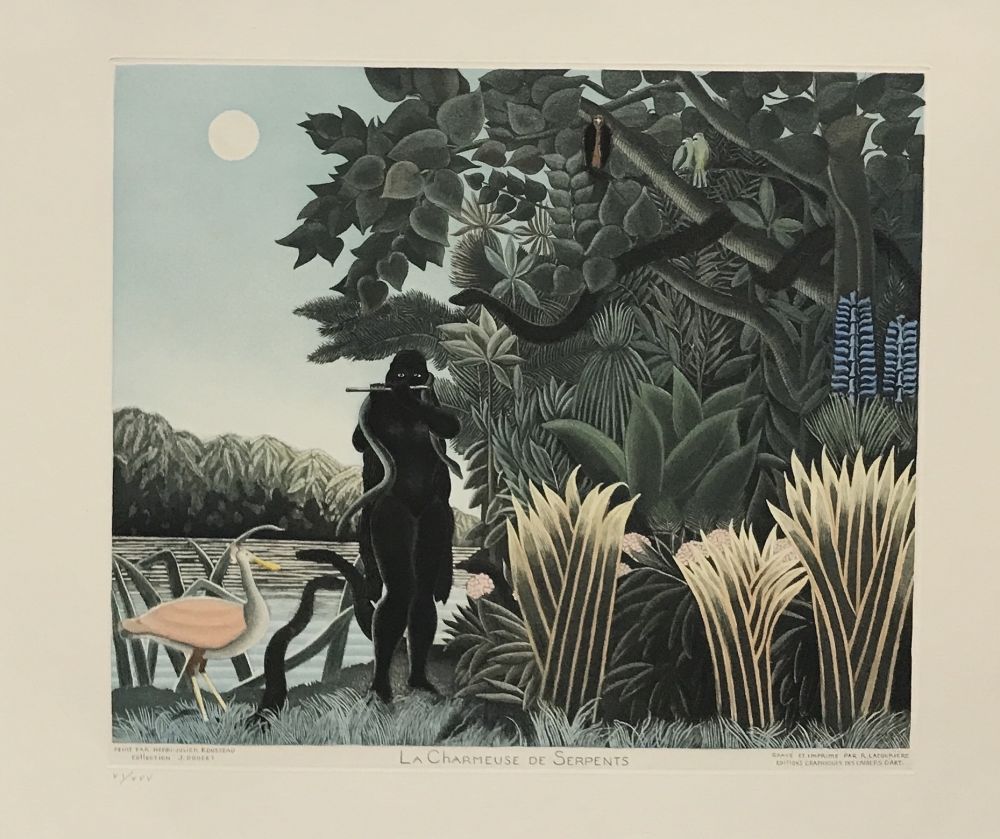 Henri Rousseau, La Charmeuse de Serpents is an Etching with Aquatint made circa 1950. It is numbered from the edition of 25 in pencil lower left. Printed by Lacouriere, Paris. Published by Graphiques des cahiers d’art.

The Snake Charmer is a 1907 oil painting by French Naïve artist Henri Rousseau. It is a depiction of a woman with glowing eyes playing a flute in the moonlight by the edge of a dark jungle with a snake extending toward her from a nearby tree. Owned by the Louvre and currently exhibited at the Musée d'Orsay.

The Snake Charmer was commissioned by Berthe, Comtesse de Delaunay, the mother of artist Robert Delaunay. 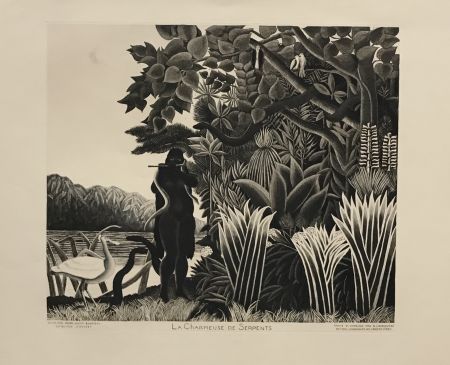 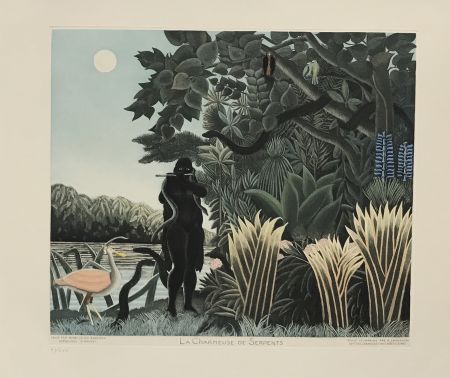 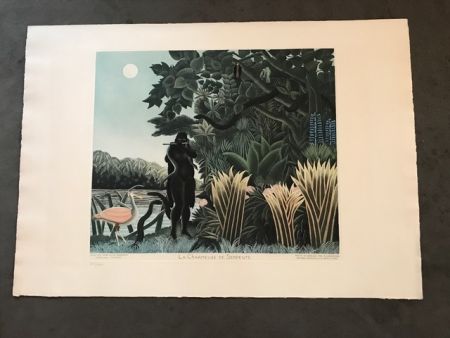 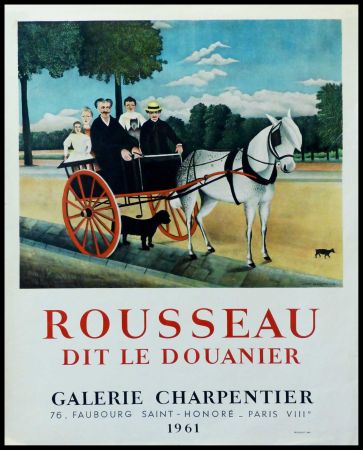 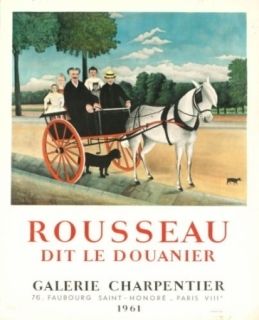 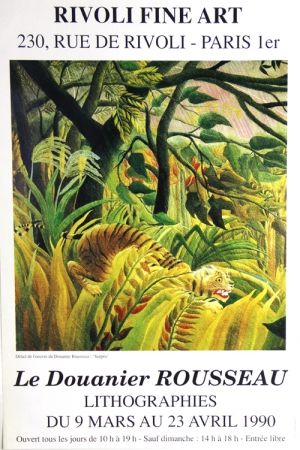 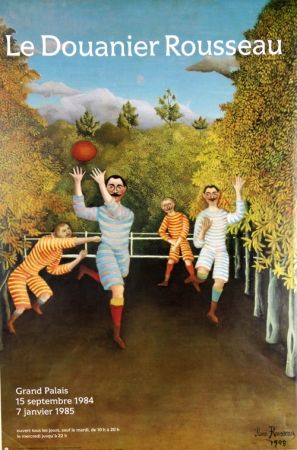