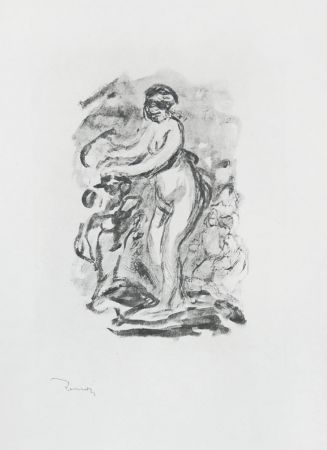 Like its counterpart from this series Femme au cep de vigne, this work exhibits Renoir's distinct handling of form and displays a fluid, graceful quality. The same nude female figure appears, intently examining the grapevine at the left, yet she is clearly delineated with bold, black strokes that are much sharper than those in the previous composition. The overall wash-like quality of the image is still present, but the sense of softness is somewhat lessened. This piece is defined by a distinct sense of contrast that separates the figure from her background and highlights the grapevine leaves at the left that so avidly capture her attention.

Created c. 1904, this work was published in a volume of 12 lithographs entitled L'Album des Douze Lithographies Originales de Pierre-Auguste Renoir. Printed by Auguste Clot, Paris and Published by Ambroise Vollard, this piece is signed in the stone 'Renoir' in the lower left. This piece is from the edition of 950 printed on vellum paper (total edition of 50 on Japan, 950 on vellum); from the second state. 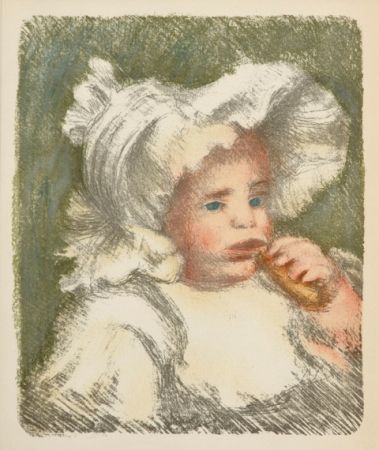 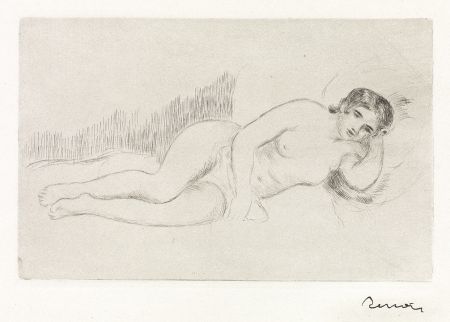 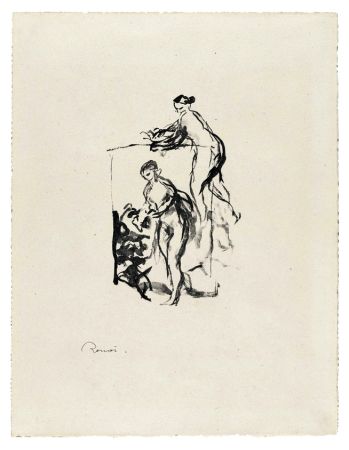 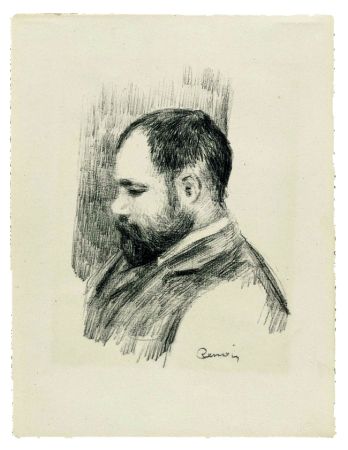