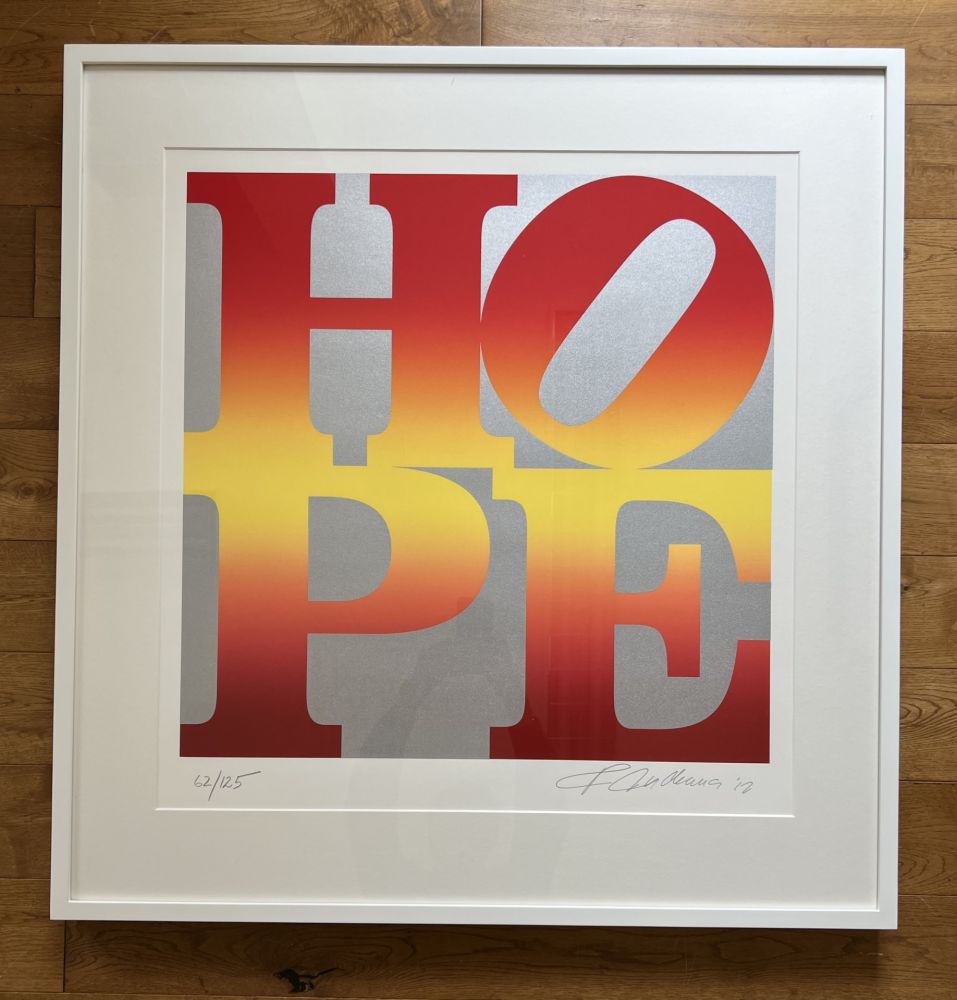 Title: HOPE (Autumn - from the 4 Seasons Hope portfolio) Medium: Original screenprint in colours, 2012, on Coventry Rag Paper., Signed, dated and numbered to lower edge
Size: image: 25.875 h × 25.875 w in (66 × 66 cm) ; sheet: 35.125 h × 29.5 w in (89 × 75 cm)
Edition: 62/125
Published by: American Image Art, Katonah, NY.
Condition: Work is in good overall condition. Sheet shows one pinpoint of accretion and few small indentations to left margin. Work presents well with strong colours.
Note: In 2008, Indiana used his LOVE image as the basis for a new work substituting the word HOPE, using it as the image for Barack Obama’s 2008 presidential campaign, in which the artist raised $1,000,000 for Obama featuring the candidate’s compelling slogan: HOPE.  POur work comes from a portfolio of 4 screenprints , “Four Seasons of Hope, Gold Portfolio” made in 2012 and our brown/Gold one is therefore Autumn. Alongside Shepard Fairey’s poster with the same slogan, Indiana’s HOPE raised money for the campaign and helped to define it visually. The present work deploys the word in a format related to the artist’s iconic LOVE. Dating from 1964, LOVE emerged during the social revolutions of the era and became an emblem of the decade’s utopian ideals. Indiana called HOPE “the long-awaited sibling of LOVE.”
To create the powerful composition of LOVE and HOPE, Indiana arranged their four capital letters into a square configuration, using a distinctive bold typeface with prominent serifs. Each letter is placed without kerning or line spacing, so that it remains legible while existing as part of single, interconnected unit. As with LOVE, the O in HOPE tilts, imparting a sense of dynamic action to the grouping.
Like love, hope can be a noun or a verb—a feeling, an aspiration, or an invocation to envision a better world. Indiana was a politically and socially engaged artist throughout his career and was eager to use his art as a catalyst for positive change. HOPE epitomizes his lifelong understanding of the power of iconic communicative form. 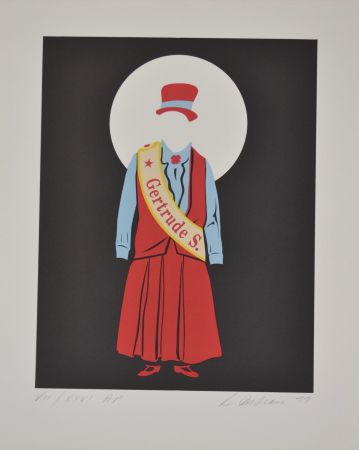 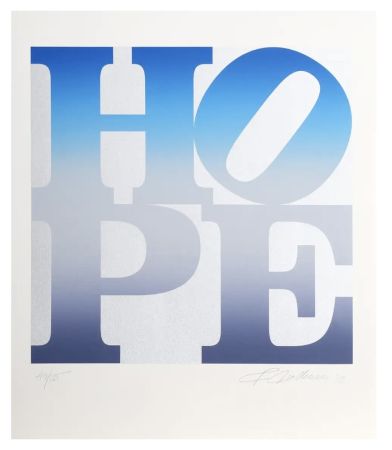 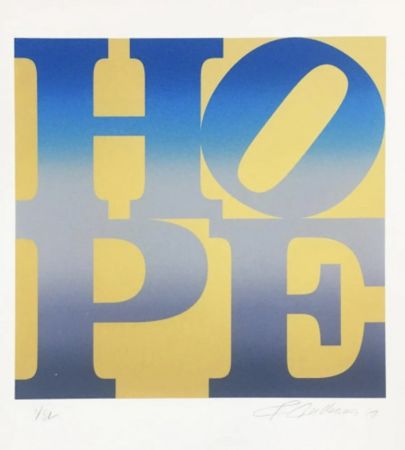 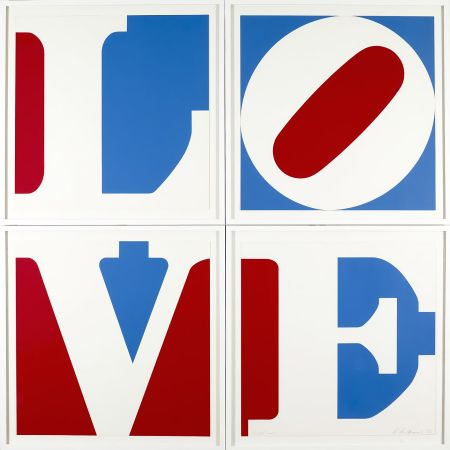 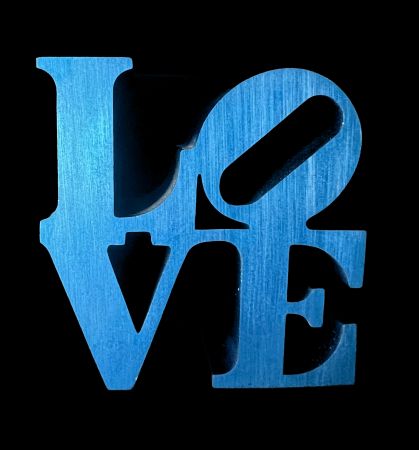 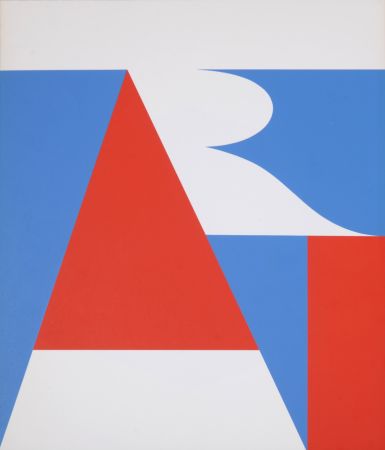 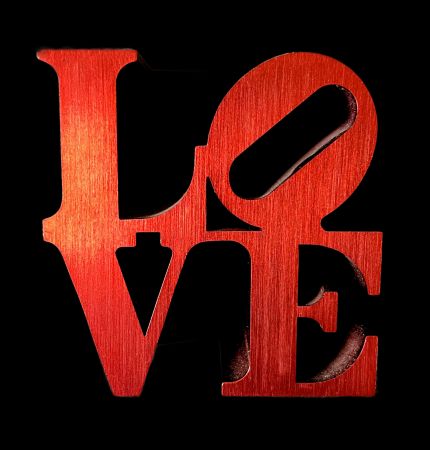 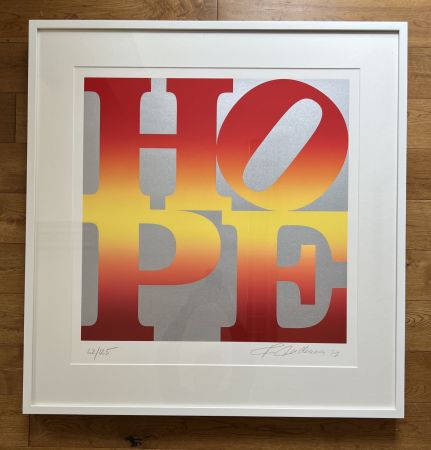 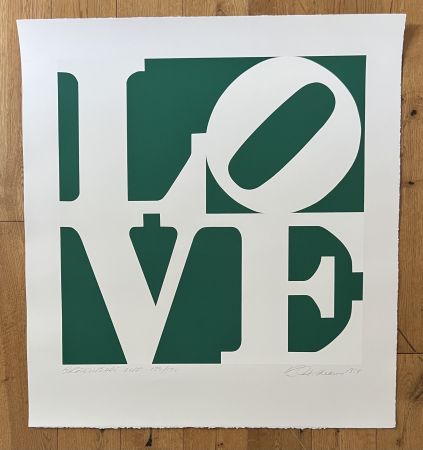 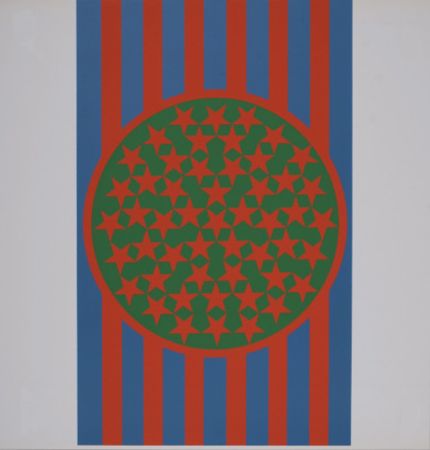 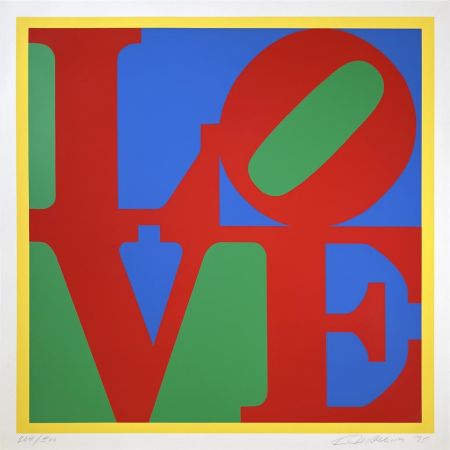