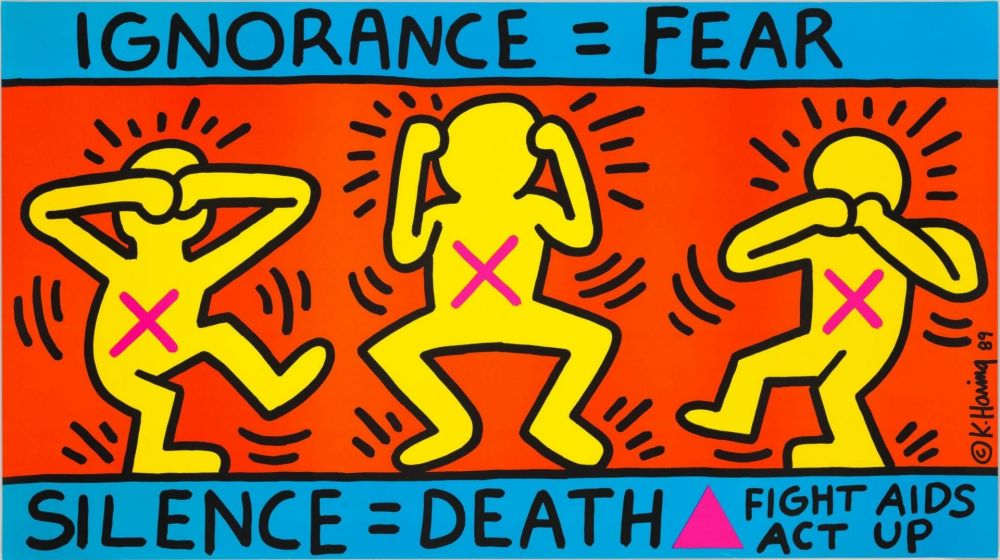 This striking poster is undeniably the most famous of the artists entire catalogue for it's close connection to Haring's untimely death in 1990. The image was designed and executed in 1989 on behalf of the New York-based activist group AIDS Coalition to Unleash Power (ACT UP) to raise critical awareness about the epidemic after Haring was diagnosed with AIDS the previous year. The image reveals the three wise monkeys "see nothing, hear nothing, say nothing" referring to the public's ignorance about the true facts and the helplessness of the victims. 10,000 posters were printed by the organization plastered across buses, subways, billboards all-over the USA.

Certification
• A Certificate of Authenticity (COA) is included with the purchase of any HAND
SIGNED artwork.

Returns
• All purchases are fully refundable until 14 DAYS after confirmed delivery.
• Refunds are given only if the artwork is returned in IDENTICAL CONDITION. 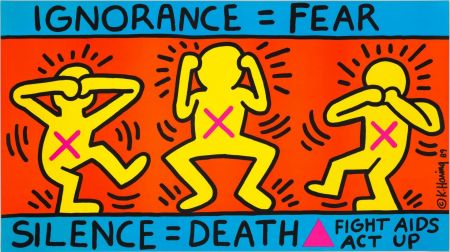 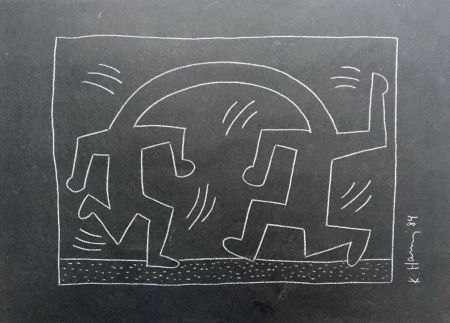 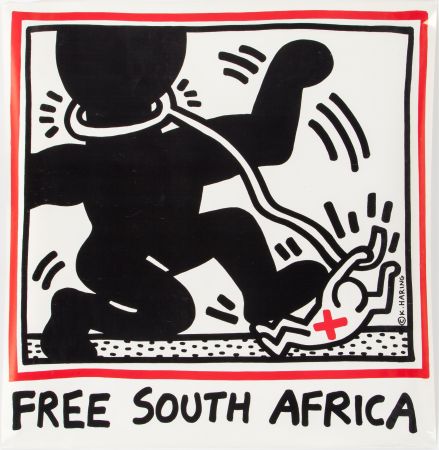 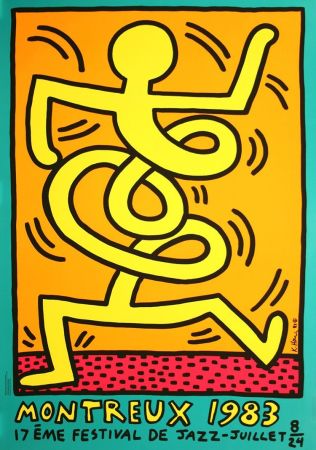 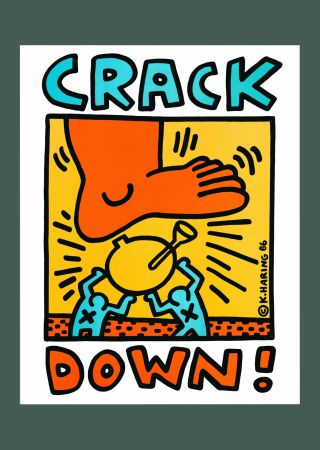 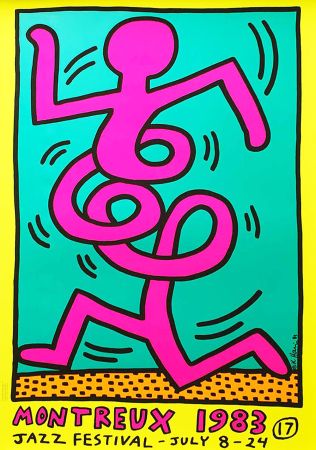 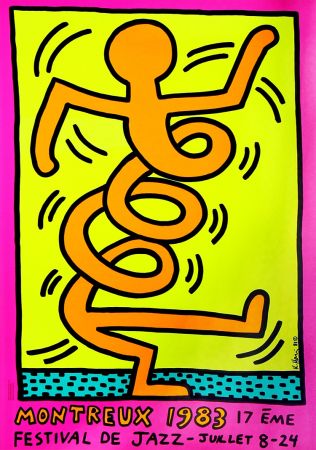 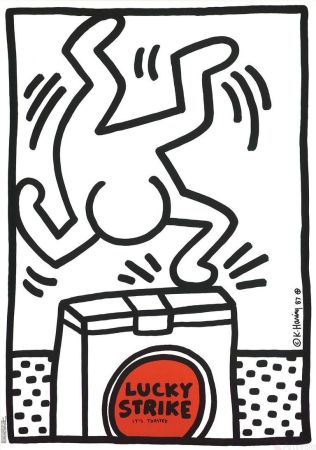