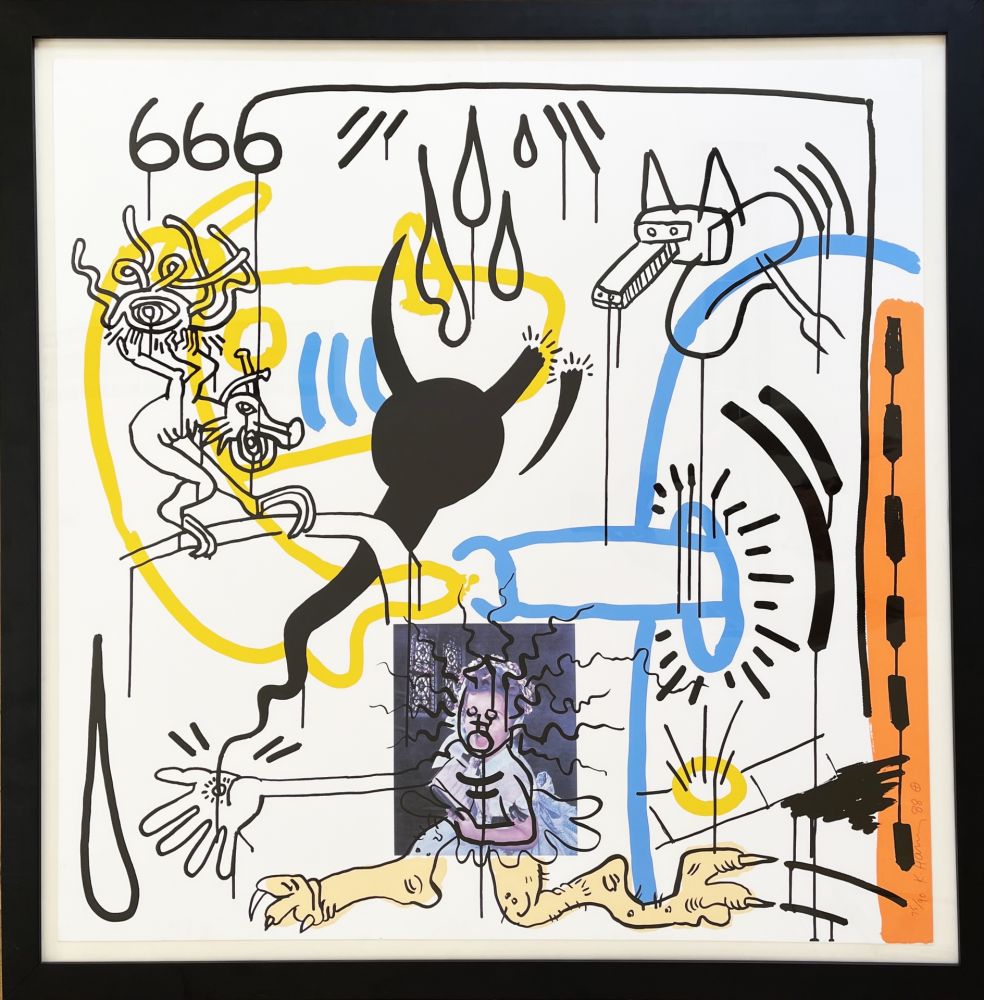 Title : Apocalypse 8 from the Apocalypse series 1988
Medium: Original screen print, in colours, 1988, on heavy robe paper, signed, dated and numbered by the artist in pencil to right edge.
Size: The full sheet, 38 h × 38 w in (97 × 97 cm)
Published by: George Mulder Fine Arts, New York.
Printed by Rupert Jasen Smith, New York
Reference: Reference: Klause Littman “Keith Haring Editions on Paper 1982 - 1990” Reference : 106
The Keith Haring Foundation: https://www.haring.com/!/art-work/815
Note: Haring's art and life typified youthful exuberance and fearlessness. While seemingly playful and transparent, Haring dealt with weighty subjects such as death, sex and war, enabling subtle and multiple interpretations. This is part of a suite of 10 silkscreen prints. When the artist was diagnosed with AIDS in 1988, he collaborated with The “Beat Era” poet and novelist, William S. Burroughs on this Apocalypse series, which offers an insight into Haring’s personal struggle with the disease.  Whilst a student at the School of Visual Arts, Haring came across the “Beat poets” at the 1978 Nova Convention and had been inspired by Burroughs’ methods of breaking down language ever since. As with much of his other works, Haring adopts a system of expression inspired by Egyptian hieroglyphics in this series, that repeats and appropriates a set of motifs to create a memorable pictorial language. Read in conjunction with Burroughs’ free-form text, Haring’s prints represent disjointed, violent and at times perplexing episodes that imagine the horrors of Armageddon reflecting the turbulence in his own life which , just 2 years later resulted in his own premature death.
Edition: 90 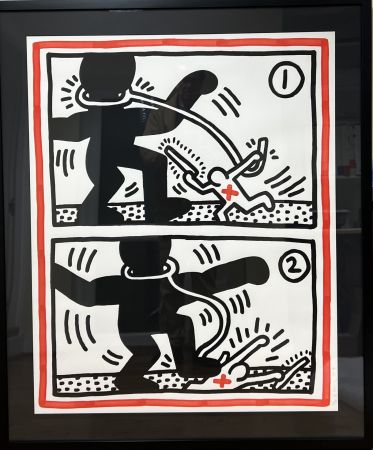 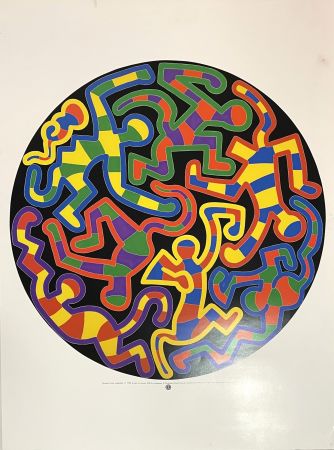 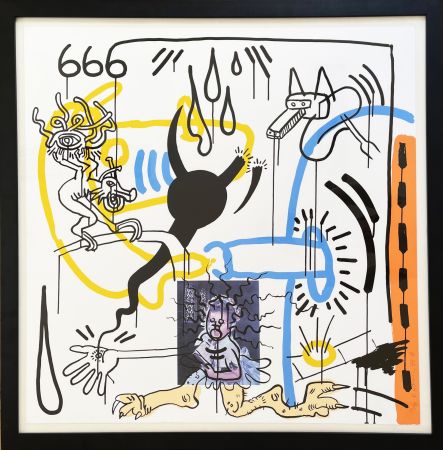 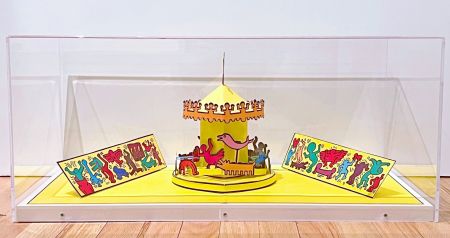 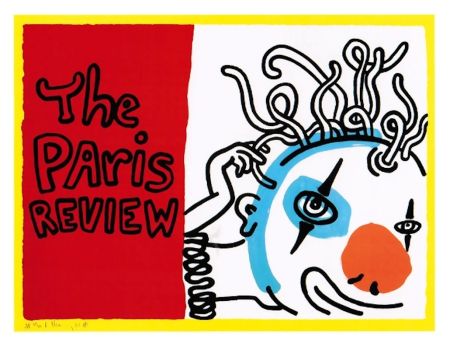 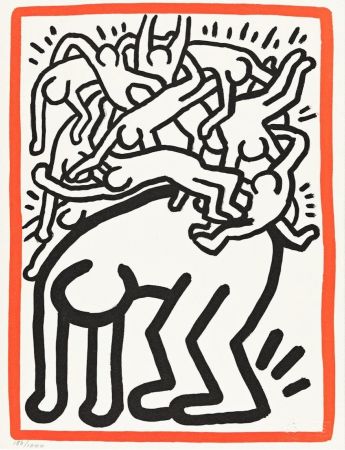 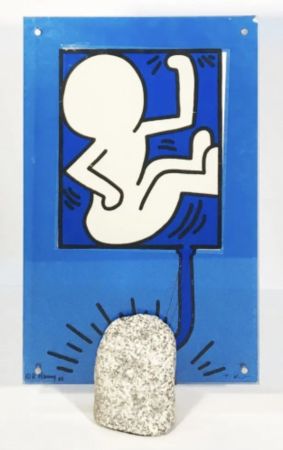