Grasset executed this magnificent watercolor in 1892 as a design for a poster to commemorate the 400th anniversary of Columbus' discovery of America.

Two years later, in 1894, it was reproduced in La Plume, the great art nouveau periodical.

It was later reproduced in the standard monograph on Grasset.

Signed by the artist in ink.

THE COLORS ARE BRIGHT AND FRESH.

In the extreme margins there are various annotations in Grasset's hand, as well as some damage and dustiness. None of this will be visible when the picture is framed. On the verso is a design, also in Grasset's hand, for the title-page of a periodical devoted to Spanish art. 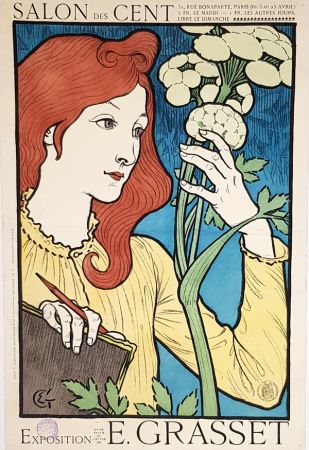 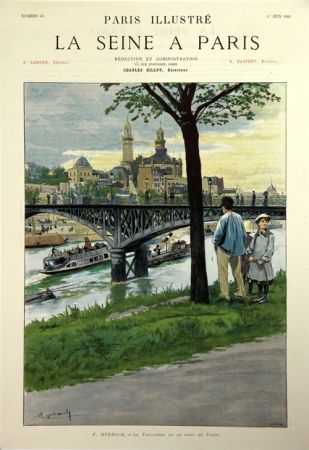 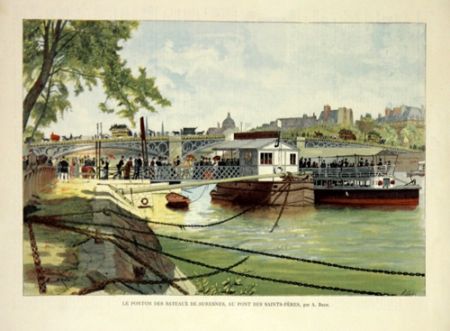 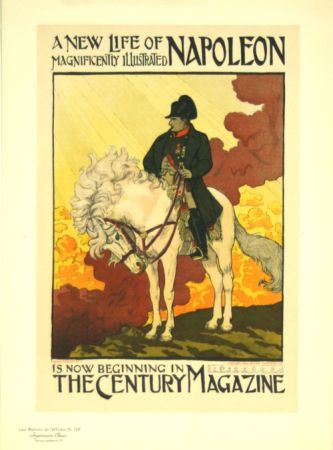 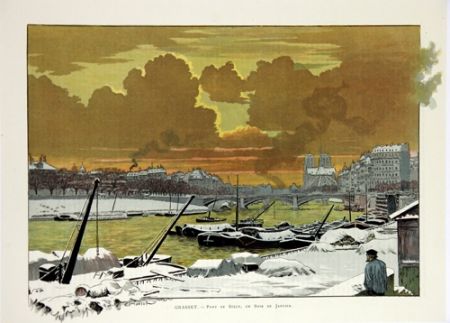 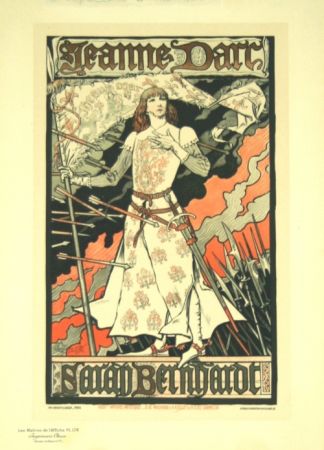